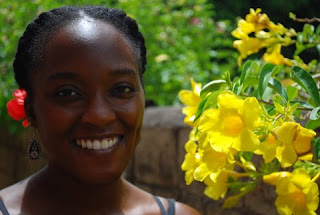 Jada Benn-Torres, Notre Dame Class of 1999 and current Assistant Professor of Anthropology, grew up a military brat, so as can be expected she spent her childhood frequently on the go. Well, in her final years of high school, Jada found herself at a Catholic high school in Oklahoma, which led her to our Catholic University in Indiana.

Though her initial interests were in medicine, McKenna and ’s Anthropology courses were so significant that they influenced Jada’s decision to pursue a graduate degree in Biological Anthropology at the . “I was so drawn to this branch of Anthropology because it explores the science of how and why people interact with each other,” Jada explains, “as well as the patterns of human migration and how our environment influences us.”

During her time at Notre Dame, Jada was not just a dedicated Anthropology student, but also a member of the rowing team. Though she had no crew experience prior to stepping foot on campus, her time as the crew coxswain (the navigator of the boat, its “eyes and ears”) became a huge part of her ND identity. “Being a member of the crew team was such a formative experience, because in my position I learned so much about decision-making and leadership. And for me to have been able to come into Notre Dame and not only learn a new sport, but actually letter in it was phenomenal.” Jada has been able to stay in touch with her crew teammates since graduating, and even participated in a reunion for the women’s crew team in South Bend Fall of 2007.

The years following graduation from Notre Dame were brimming with activity for this aspiring Anthropologist. Less than twenty-four hours after completing her dissertation on Biological Anthropology at the , Jada gave birth to her daughter! When the opportunity came for Jada to study the molecular epidemiology of prostate cancer at the of under Dr. Richard Kittles, an African-American biologist who specializes in human genetics, two years later she and her family headed to the .

When asked what prompted her to leave for her old stomping grounds of Notre Dame, Jada offered a few reasons. She explains, “I knew I would be working with phenomenal colleagues who were experts in the field. I also knew that I would be able to work closely with undergraduates and be able to infuse them with a passion for Anthropology the way that McKenna and Sheridan had done for me.”

Then Benn-Torres gives a slightly surprising answer, “I brought my daughter with me to the (year) reunion with my crew teammates, and during that visit I was able to imagine my family in . I enjoyed that certain familiarity I had with the town and Notre Dame’s campus.”

Benn-Torres is now an Associate Professor in the University’s Anthropology department and teaches course ranging from Introduction to Anthropology—which she describes as “an exciting opportunity to influence young First Year minds”—to Humans as Subjects— a more advanced course that analyzes the ethics behind studying human beings. Her current office in Flanner Hall overlooks her old dorm in Pasquerilla West, but these days Jada is really enjoying being on the other side of the podium.

Posted by Amelia Thompson at 7:22 PM